2011
Single channel video
5 min.
One of eight short films made to accompany the album tracks from The Year In Review. An exercise in killing one's former idol. Its visuals are inspired by Scanimate, an analog computer animation system used from the late 1960s through early 1980s; specifically references the 7up “Bubbles” commercial campaign of 1974. 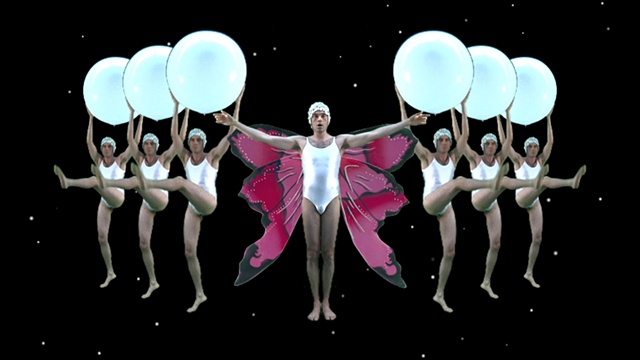